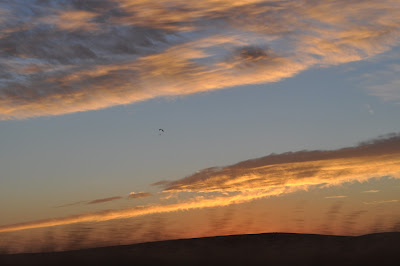 My sister died on August 28th in 1993, when I was knee deep in babies and unable to cry for fear I would never stop.  That  September 3rd we sat in the dark wood sanctuary where I had been a bridesmaid, and we said goodbye to Liz.  Beautiful, only thirty-five, a single mother, my only sibling and my mother's best friend.  My voice cracked as I spoke, and my parents, divorced since 1964, held hands in the second row on the right.  My mother wore an ivory dress, in defiance of death's norms, and my father reassured her when one of the speakers kept talking:  "He was driving the boat, Jean.  Let him talk."  My father was at his best that day.  Baby Rex was there, in the arms of our friend Julie, singing out audacious hope, full of life and the future, our own bit of bravado on a dark day.

Maybe it is because I was unable to cry in those early days.  Maybe I am just cracked...or cracked open.  But I cry on these days of remembrance.  Yesterday would have been Liz's 55th birthday. I was cleaning out my recipe boxes and binders, trying to make sense of what I have been stuffing in there willy nilly, and I came across Liz's handwriting.  There she was, mingled with Mom and Natalie, with the yeast roll recipe in the hand of a grandmother I never met.  There was a fudge recipe from Dave...I haven't spoken to Dave in thirty years.  Memory lane drove by in a generic white binder.

But nothing is safe when your heart is cracked open.  There's the petal pink blow dryer that became mine that autumn of '93.  Mom's White Linen slaloms up from folds of silk scarves.  Cards stained by oil and vanilla evoke memories of holidays and of voices echoing around a kitchen whose address I cannot bring to mind.  I can't even clean the bathroom without thinking of Liz.  When I was very pregnant, she came to clean my house, but she only got through the bathroom; it was a very small bathroom.  She spent hours in there, door closed, little exacting sounds seeping out from under the door.  She oiled, she micro-scrubbed, she scraped and bleached and I have no idea what, and she made my bathroom the cleanest thing I have ever seen.  And  every time I clean the bathroom now, twenty-two years later, I wonder what in the heck was she doing in there all that time.  And it makes me smile, even as I bypass the deep cleaning for a book or a camera or a nap.

You'd think I would have thought of Liz as I watched my mom's life breath leave, but I think of her more in the company of a bottle of bleach or as I roll out fresh paint and make a marred wall a fresh canvas. 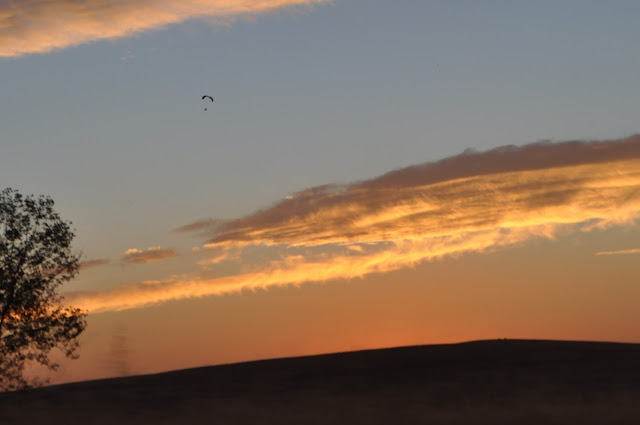 There was that other side to Liz, too.  Clean, organized, loyal she was, but also prankster, adventurer, dare-devil.  And so I thought of her Friday night as we crested the hill on Latrobe road.   I see a flying machine, a man with wings racing off to catch the golden waves of dusk, and I think, "It could have been Liz."  Given half a second, she would have jumped on that contraption and chased the fleeting light.  We parked and watched as the wings circled fields and parking lots, we could hear the engine hum, we could see the steering mechanism.  I just kept looking up, wishing for her broad smile, her reckless wave, her silhouette against the golden hue of the coming night.

It's been nineteen years, and yet I still look, still wish.  Maybe I am cracked, or cracked open.  Or maybe I am simply longing for eternity.

Carol in Oregon said…
Deep breath. I have little ones around me; I can't vent the tears this post brings. But it reaches deep.

Cindy Marsch said…
Beautiful, Diane! You have a real gift!
11:54 AM

Alison said…
Beautiful, Di. Would love to see a photo of you and Liz. I sent you an essay on FB last week that I wrote about loss. I know what you mean about your heart cracked open. When we get to our age, there are losses that run deep--the missing never goes away.
12:13 PM

Kate said…
Not any words that are appropriate for the feelings this post gives me. I am just so sorry for your loss. Time heals some things, but other things, the sorrow just softens but still remains. Love to you, friend.
Kate
1:45 AM

Cat said…
Di,
I also feel cracked open with fleeting memories of "my Di" whom I lost 3 years ago. My best friend, the keeper of my thoughts and the one that I felt was closest to the sister that I lost so long ago.
Thank you for your eloquent words, your descriptive tone and your honest thoughts.
Cath
4:58 PM