Health care cost rant...you may want to skip this

January 22, 2010
Back in November we received the bill for my mom's fifteen days she spent in the hospital in September/October.

It also stated that it had been submitted to Medicare and refused. Oooooookkkkkaaaaayyyyy.

This time the smile was fake. No way around it, being confronted with a $216,666.43 is a little staggering.

So I called and asked a) why was it rejected? and b) can we please have a detailed bill to understand what the costs were?

That phone call revealed that it had been rejected inappropriately, so that was good news. There was hope that we would avoid debtor's prison, or whatever place they throw people who can't pay their medical bills.

And then the itemized bill came.

I don't know how much the going rate is for a single Tylenol, but my mother was charged six dollars PER TABLET.

I am not sure when and why they gave my mother speech therapy, but it cost $750.

Something is rotten in Denmark, my friends.

I had about a week of obsessing unhealthily on the bill, and then we had more jolly things like Thanksgiving and my daughter's return from college and Christmas and New Years and a debate tournament to think about. It was good to ignore it for awhile.

And now the new bill has come back.

Don't get me wrong...I am thrilled to pay MUCH less. But this still makes me sick.

How did we get here? How did we go from charging what things cost to this crazy, six dollar Tylenol life? And what is an "I don't want my health care to be managed by the federal government" person supposed to do when their mother is in the hospital? Do I sit by her bed and question every test, every therapist who walks in the room?

"Yes, she needs that antibiotic."
"No, she is speaking just fine, thank you very much."

Again, something is rotten in Denmark. And nothing I have read in the news headlines is going to solve it.

Back to our regular programming.
cancer family gerontology practicum

Islandsparrow said…
Come to Canada - everything is taken care of. We don't even think about it. And I've had open heart surgery - so we would have been thinking about it if we lived in the US.
2:17 PM

Mary: said…
Rant On! The system is SO corrupt! Not to mention the big business in keeping America sick through fast food and SAD(Standard American Diet) - You don't even want to get me going! It's ridiculous. And what comes to mind over and over is the root of all evil is the LOVE of. . . . $$$$$
4:23 PM

Anonymous said…
I'm sorry to say this among all of your incredibly and brilliant and high cultured friends, but

something is NOT right.

Carol in Oregon said…
It is incredibly complex. It makes one thankful for the measure of health one is given.

Donna Boucher said…
You handled that well. I would have totally freaked out at the sight of that bill. Yes. I would have dropped my basket.

I'm thankful you were able to help your mom with that ridiculous bill. 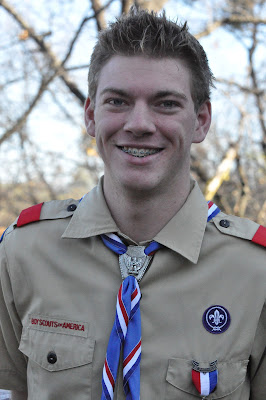 Tuesday night we had the pleasure of taking a few hours to celebrate the amazing accomplishments of our newest Eagle Scout.  It was a fantastic ceremony, and we kept the party going with swing dancing and pancakes back at our house.  Below is the speech I gave in Rex's honor. It was a night to remember. We are so happy to have you all here in the midst of this busy and holy season of Christmas. Thank you for coming. Rex, you began scouting shortly after turning eleven. Here we are, seven and a half years later, and you have achieved the goal of Eagle Scout. Congratulations, son. You have done very well. There are skills and experiences you will take into the rest of your life as a result of your work in scouts. There are knots and lashings, swim strokes and orienteering, hiking and wilderness survival. You know to protect cinnamon rolls from raccoons, to always expect rain on a campout, and to carry plenty of water up Half Dome. But there are some thi
Read more