...there was a young man and a young woman on a beach in Montara, California. The sun had set, the picnic dinner had been delicious, and they were talking about their recently discovered differences. The young man concluded the discussion with, "Well, that doesn't seem insurmountable. Want to marry me?" At first the young woman thought he had said, "Isn't it a merry evening?", but it quickly became clear that The Question had been popped. An enthusiastic "yes" was the answer, and here we are twenty-five years later. 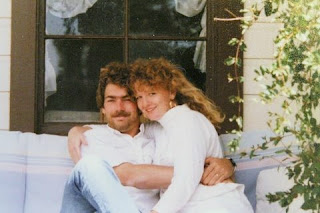 ~Not quite twenty-five years ago~

So much changes in twenty-five years, but after all this time I am more aware than ever that saying yes to this man was the best decision I would ever make.  I am grateful. 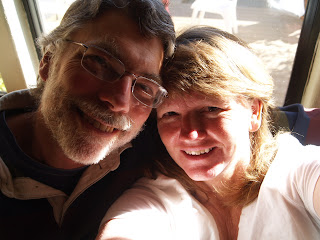 DebD said…
That's lovely. Happy Anniversary to you both.
3:52 AM

GretchenJoanna said…
That is the shortest tear-jerking story I've ever read -- maybe it was the touching photos that did it. :-) Happy Anniversary, and glory to God!
11:21 AM