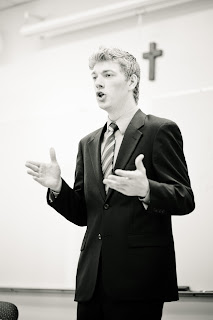 It is debate and speech season again, and we are currently recovering from our first tournament of the year.  In other words: we are exhausted, sick of eating out and wondering if the pile of stuff from the van might magically put itself away.  These are the days when it would be tempting to ask derisively, "Why bother?  It costs a lot of money, it takes so much time, you are soooo tired.  Is it worth it?"
As someone with limited finances and much more limited energy, I can answer that with a resounding YES. It is very much worth it. 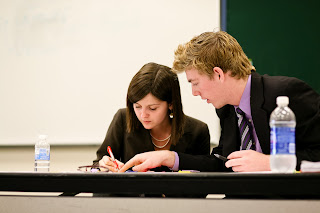 Where do I begin?  STOA is the name of the debate league, and the level of competition is high.  There are months of preparation before the first tournament, including research of the topic (this year's topic is U.S. foreign policy toward Russia), in-club practice debating and inter-club practice tournaments.  After all of the work, success is not easy.  Winning is never a guarantee. 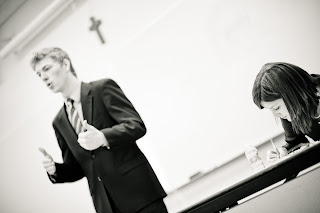 So if you don't win, is it worth it?  Again, I say yes.  Only one team will get first place, only a few teams will be on the stage at the end.  If it was all about winning, it would only be worth it for a few people.  There were 234 team policy debaters at this recent tournament, which means there were 117 teams.  Participants were able to debate six times in the preliminary rounds, three negative rounds and three affirmative rounds.  Every negative round teaches students about different cases and methods of argumentation; every affirmative round helps teams find the holes in their case in order to tighten it up for the future.  Learning happens at every step for every team, not just the winners.  And learning is worth it.
And it is not just learning about specific cases.  I have watched my two older sons through three years of debating, and now I continue to watch Rex in his fourth year.  They have worked through beginning jitters, experienced wretched losses, worked to be good partners, lost (and found) debate bags, made new friendships, enjoyed brilliant wins, and spent hours traveling hundreds of miles up and down California.  They have learned to argue, analyze, translate and deliver arguments to judges who know far more than they do, far less than they do, and everything in between. They have won rounds they thought they lost, lost rounds they are SURE they won, and learned to manage the feelings that come with winning and losing. 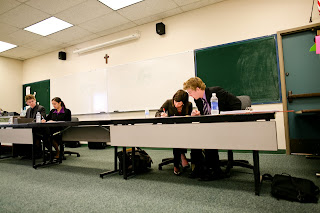 Like life, the debate world can seem unfair, biased, subjective and disappointing.  A student can work hard, deliver well, and still lose.   Judges can totally misunderstand things, or ignore what seems obvious to debaters or the audience.  But I have sat in enough basketball gyms to know that debate is not the only world with questionable calls. And I think good things happen in the character of a person who jumps in to the swirl, knowing that it is not all about how well they do.  There are things outside of their control, and they have to learn to simply do their best and live with the results.  Can we all agree that this is good preparation for life in the real world? 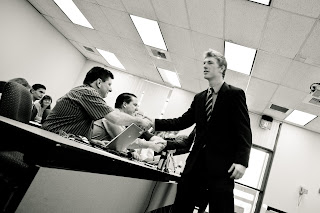 I was able to watch two of Rex's rounds at this last tournament.  Four years ago he was practice debating his brother on the upstairs deck, working hard to remember all the new jargon and rules.  What a difference a few years make.  It was a pleasure to hear Rex explain, argue, defend and clarify points.  I loved seeing him work with his brilliant partner, cross-examine opponents and be a gentleman through it all.  I am a very proud mother.
Debate has allowed my sons to learn much more than speaking and argumentation skills.  As I pay the dry cleaners, or go to sleep at 8:00 due to fatigue, or fill up the van with gas (again) to get to a tournament, I remind myself that this crazy life that we have chosen to participate is worth its weight in gold for the preparation it has provided.  Win or lose, it is worth it.
Photography credit:  The talented and hospitable Susan Keller who blogs at Short on Words.  Thanks for everything, Susan.
family Photography Speech and Debate

Alison said…
Di,
I think it is so wonderful that your boys have found something that has influenced them and trained them--making them more able to navigate the world. Well done!
7:46 AM