April 09, 2012
Time is flying... I have been busy thorougly enjoying basketball games here, there and everywhere. The grand finale was a tournament in Southern California. Bren and I took a road trip, traveled via the coast, and had a blast. 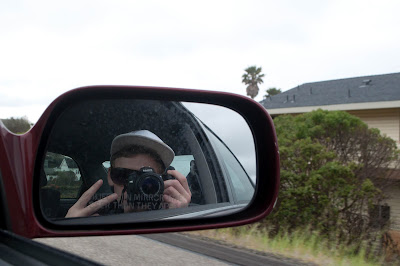 We started by driving to Cambria, to the home of a long-time friend of mine. She was my youth group leader back in Los Altos, the one who loved and comforted me, the one who made me laugh during the rough patches of high school. We have stayed in touch, through much joy and sorrow. I loved seeing her again.

We also spent an evening with her daughter-in-law and four granddaughters. Delicious food, a home that radiates peace and purpose and beauty, a quiet hour by the fire trying to catch up on the last ten years...it was a slice of heaven. Bren was introduced to Phase 10 by the girls, and we must go get a pack of those cards soon. He is hooked.

We then made our way to San Luis Obispo, a quaint little town where we had lunch at The Kreuzberg*CA Cafe. You know you are in a college town when your lunch options include the Thomas Mann, Jane Austen or Aristotle sandwiches. We had a long-overdue visit with a young woman whose family we have known since before we got married. Done with college, getting married in July, learning and growing and radiating happiness, she was terrific company. It was a very quick hour but a highlight of the trip. 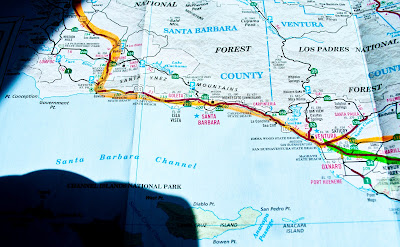 We headed south down the coast, waving to Gus and Shawn and Jules as we moved through Santa Barbara.  We passed green hills and crashing waves and felt the cool ocean breezes; I had that gut-wrenching feeling I had so many years ago when we decided to move from the coast and live in a more affordable part of California.  I love where I live (I DO!  I DO!)  Oh, but those ocean breezes get me every time (insert Pablo Cruise's Ocean Breeze for the full effect.)

We made our way down the Ventura Freeway, and just in the nick of time we turned east with the rest of the traffic and found ourselves stopped in a concrete jungle.  The L.A. traffic helped me remember(once agan) the empty lanes of Highway 50 near home and how moving to our little hill was  a brilliant idea.

Naturally, I did spend some time dictating texts for Brennan to send to John.  It went something like this:

Di:  Ventura Highway...
John: in the sunshine...
Di:  Where the days are longer
John: the nights are stronger...

(America, Ventura Highway, for those who don't know.)

If only I had known last Wednesday what I know now (after googling the lyrics):


'Cause the free wind is blowin' through your hair
And the days surround your daylight there
Seasons crying no despair
Alligator lizards in the air, in the air

Alligator lizards?  REALLY?  I triple checked, and it's true.  Turns out John knew...but he thought it was "Seasons crying notice there..."

We do love lyrics.  Sorry.

Marriage Handy Hint: the silliness factor can be greatly aided by a common jukebox . 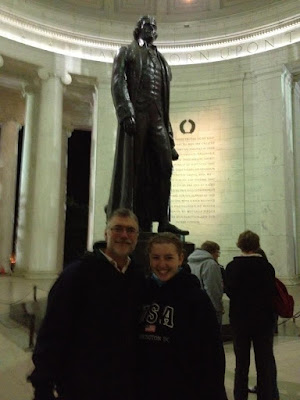 And speaking of texting with John:  he and Claire had a very special trip of their own.  They were in Philadelphia, Gettysburg, and Washington, D.C. for six days.  After eighteen trips with his school's eighth graders, John was finally able to bring one of his own children with him.  They had a blast.  Fortunately for us, their connecting flight home was in San Diego, and they could leave their tour group and head  north to meet us in Riverside.  It was a weekend of basketball that John would have hated to miss. 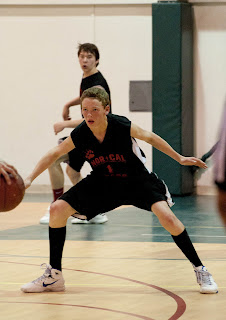 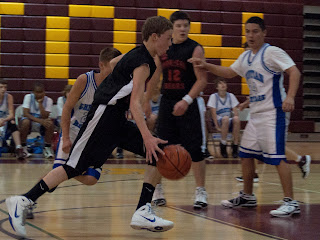 The Norcal Bears played really well.  They had four games, won them all, and they came home with the championship for their age group!  They had to beat two fantastic teams that were undefeated to get there, and they did it!  Both games had opponents that Brennan knew through speech and debate, so there was added excitement for him.  His friends were fantastic players, and it was great to see the battle go strong for all four quarters.  Both games were nail biters, especially the final game; they won the championship game in the last few seconds...by one point!  Our hearts were pounding for hours afterwards. 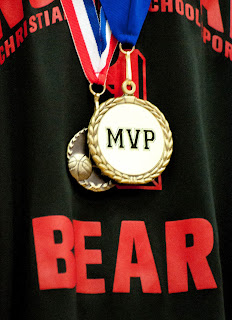 Bren was honored with the MVP award.  He played so well...we are really proud of him.

After our last game, we sneaked in a quick visit with more friends. another couple who spent time with me as a single woman.  Dear people, one now experiencing early dimentia.  Not an easy calling, but he is deeply loved by a great wife, and he will be taken care of through it all.  God calls us to dark paths sometimes, and I was glad to have a few minutes of heart-to-heart with his wife.

We had one last stop to see good friends in L.A.  Sipping coffee, feeling the warmth of the morning sunshine, sharing the realities of life...it was a great last stop before we made the long haul home.

By the time we pulled in the driveway, our basketball player had a 103 degree fever, and our car had been the perfect petri dish for those germs to multiply and spread.  We're still coughing, still aching, still exhausted and we have been home for a week.  It's a good thing John had an extra week off this year.  Holy Week has been spent horizontal, hoping for relief and finding it in restless sleep.  I think the worst is over, and I am grateful.

All the coughing and sleeping doesn't diminish the joy of a road trip.  Time alone with my youngest, basketball wins and awards, good friends, lovely destinations, no mishaps.  It was a great week.
Basketball family friends Travel

Susan said…
Gosh, it all sounds so great! (You almost had me wanting to move to the southern California coast--I was really feeling it!) I'm glad you had such a wonderful time. And congratulations to your basketball star!
6:49 AM

Alison said…
Congrats on Bren's win! What a fun trip for the whole family.

Ron and I probably passed you on Highway 101. We also listened to Ventura Highway on the trip and I had the exact same thought about the alligator lizards lyric. Really? Hmm...

We were in S.B. to celebrate our anniversary--25 years have flown by. We didn't have the kids, but it was a lovely time of reconnecting and falling in love again. And I was glad to come back home. Both families the kids stayed with said they were great guests.

Hope you are on the mend. Sam got sick with the flu/cold, but the rest of us did not, thankfully.

Happy Monday to you.

Di said…
Alison,
When I saw your facebook status, I wondered if we had passed you on 101! Santa Barbara is so beautiful. And, of course, you still live where my heartstrings get pulled (-: *insert Napolean Dynamite voice: Lucky!*

Happy anniversary to you and Ron. I will always remember your wedding!

go Norcal(and especially of course Norcal's MVP)! i've only been to california once (i read a paper at UCLA, and saw nothing but the airport, westwood, and the view from mulholland drive (is that what it's called?), but your accounts always make your state sound so rich (in pretty places, and in loveable people). we're just back from a vacation which was in some ways the antithesis of yours (a fortnight or so on foot (and occasionally on vaporetto) covering very little ground in (our beloved) venice, with just one train trip to the dolomites), but a modo suo it was very good too. hope you're all completely recovered by now, and happy Easter + 1 week!

D3 Items said…
Very cool. I usually enjoy the selection interviews. Many thanks for having this blog site MapleStory Mesos
11:38 PM